Since 2007 TDM Financial has helped over 400 private and public companies raise millions of dollars and attract new, educated stakeholders via its flagship SECFilings.com property and network.

Our team will provide a systems review and assessment on the core foundational elements that power your overall communication strategy.

Regular reporting will communicate our deliverables and metrics. 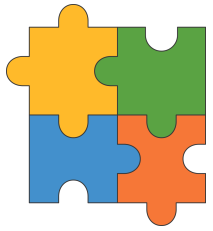 TDM Financial is focused on creating and maintaining the foundational elements necessary for capital markets success.

Ensure that all of your existing shareholders and prospective investors see your content on a regular basis.

Leverage the TDM Financial network and other distribution networks to develop a steady flow of new prospective investors.

Running a public company, like all things, starts with a solid foundation. It is paramount that our clients have functional systems in place that provide easy access for interested investors and company stakeholders.

With over 20 years of experience in online marketing and corporate communications, the team at TDM Financial will ensure that your success as a public entity is communicated in ways that are expected and innovative.

Is your website doing all it can for your investors?

How do you manage your existing shareholders?

Are you active? Are you followed?

Are you getting the most out of your PRs?

What channels are in place and where do your current investors come from?

Whether in print or on video, interviews help personalize the story.

Original articles put the client in the context of important industry trends.

Visual representation of your company's product or service help your audience understand quickly.

TDM Financial helps clients put their most professional and polished image in front of existing and potential stakehodlers. We author and distribute original, client-approved content designed to communicate the investment story. We help design and create more traditional IR pieces like fact sheets and presentations. We help coordinate messaging across all investor platforms.

Videos that are built to grab attention as soundbites that lead to a larger story.

Banner ads that target your audience across an expanded distribution.

Fact sheets, product sheets and market sheets all aim to quickly communicate the strength of the company.

Our team of project managers, writers and content creators will be available and accountable to the overall goals of our program As a client of TDM Financial, we will make every effort to make connections and provide advice where appropriate.

Team members are assigned to your project and develop a detailed understanding of the needs and goals of the program.

Our writers, videographers, data developers have experience in the public markets and will work closely with project managers to provide high quality content.

Having worked with over 400 public companies, our access is substantial. TDM Financial will provide that access to you whether it is for consultation, business development or potential funding avenues.

Every month, our team will provide a detailed report outlining the efforts we made, what was accomplished and what we are aiming to achieve over the next 30 days.

TDM Financial has access to a variety of investors audiences and will utilize them to maximize the reach of your investment story. SECFilings.com features a deep audience of engaged investors, from retail to professional, who read through public company filings to reach informed decisions. We also have audiences focused on specific industries, access to high net worth investors, and social media/traffic strategies to reach beyond our konwn universe of investors. We utilize all avenues to reach our goal of 20,000 to 30,000 unique investor engagements per month.

Alternative investments are highlighted in this expansive investor network.

Thousands of loyal followers across various brands and networks.

Over 800k active investors as part of our media network.

Access to the TDM Financial network of high net worth investors and capital markets veterans.

Grow Your Investor Base with Us

The content created by this program will be aimed at specific groups outlined in our overall objectives. Retail investors will be motivated by different materials than an institutional fund manager. The content must speak to the individual groups.

Existing company materials will also be distributed via our various channels.

These engagements will be followed up with where appropriate and the overall network with be managed and reassessed by the TDM Financial team. The deliverables of the network provide long-term traction.

Nano One Materials Inc.
TDM Financial worked with Exro Technologies Inc. (CSE:XRO)(OTCQB:EXROF) from January - May 2020. The goal was to raise the company’s profile with investors on both sides of the border, utilizing original content created by the TDMF team and distributed through TDMF’s digital network. The company closed a $4.3 million private placement in late February. Exro has developed patented technology that gives electric motors increased drive cycle efficiency, reduced system volume, reduced weight, and expanded torque and speed capabilities. Exro allows the application to achieve more with less energy consumed.

Exro Technologies Inc.
TDM Financial started working with Cardiol Therapeutics Inc. (TSX: CRDL) (OTCQX: CRTPF) in May 2020. In the process of a $17 million financing, TDMF was hired to help write and edit website copy in anticipation of a major product launch; raise awareness of the company’s investment story, both in Canada and the United States; advise on and expand upon the company’s social media presence; and create content that is used both by Cardiol and its marketing partners to convey the company’s value proposition. Cardiol Therapeutics is developing CBD-based therapies for heart conditions and is nearing the launch of a pharmaceutical CBD product into the Canadian medical cannabis market.

Cardiol Therapeutics Inc.
Therma Bright is a progressive medical device technology company focused on providing consumers and medical professionals with quality medical devices that address their medical and healthcare needs. Therma Bright, Inc. hired TDM Financial on November 5th to help with added awareness for their recent news release. Working closely with the company we utilized our distribution channels to bring a targeted US audience to the company. During our agreement with the company the stock increased from .09 to .49 and volume increased dramatically.
Therma Bright
TDM Financial has been pro-active from Day One. Their approach is clear and they nailed the market in terms of content development for us. Heliospectra has been using the video that was created as a sales and marketing tool to develop credibility in an otherwise extremely tough market - growers are seeing the benefit to our LED grow light products as a result of their work.
Chris WalkerGM USA Heliospectra
TDM Financial has been amazing to work with, I cannot say enough about their ability to drive results. I wish I had met and hired them a few years earlier...
Chris BunkaCEO, Lexaria Corp.
Daniel is truly the man! He is smart, helpful, and one of the few who can get the job done in any environment. I recommend him rain or shine.
Chris LahijiPresident, LD Micro
Daniel has been a pleasure to work with. In the quickly evolving online investor relations landscape, Daniel and his group at TDM Financial are strategic, innovative, and very professional to work with.
John NesbettOwner, Institutional Marketing Services
Previous
Next

Ready to Get Started?